The Ministry of Environment and Urbanization shared the new animation of the Kanal İstanbul project.

Today, the ship passing through the Bosporus is 4 times more of the Panama Kanal and 3 times more of the Suez Kanal. In the 1930s, two ships crossed the Bosporus a day and today an average of 150 ships passing through per day. We see 50.000 ships pass annually. The expansion of ship dimensions has posed a major threat to the world heritage of İstanbul.

Even if the number of ships decreases, the volume of the ship and the amount of cargo carried increases. In the 1930s, the length of the ship started with 50 meters and reached 350 meters. This increases the risk of accidents in the Bosporus. Every year there are 8 accidents on the Bosporus. 5 different alternatives have been identified for this project and the most accurate line has been selected for İstanbul. We started to work in July 2017. As of 8 August 2017 the process of the project started. It is a project of independence and future for İstanbul. It is discussed and evaluated by all sectors. This makes us extremely happy. But we regret to see that the issue is intended to be a political polemic issue.

Kanal İstanbul is the freedom project of the Bosporus, an exemplary urbanism project. We see those who say that İstanbul will lose water resources. It is unrealistic that it is certainly not scientific. After the Kanal İstanbul project, Terkos will have a 0,025% impact on the water of İstanbul. The canal affects the water contribution of İstanbul Terkos and Sazlıdere as 3 percent. 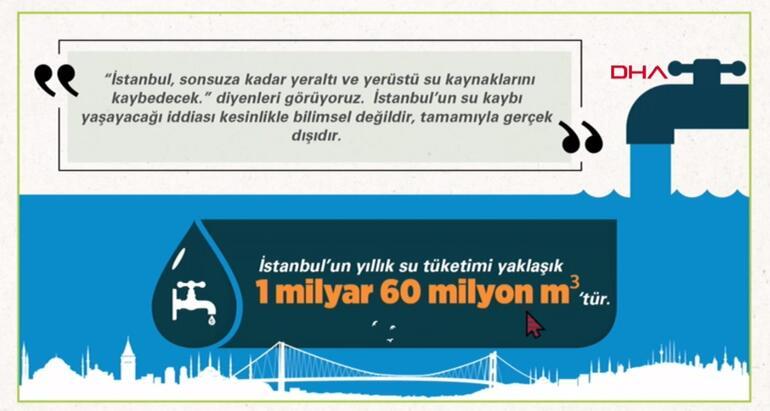 When the Melen project is completed, 1.1 billion cubic meters of water will be supplied to İstanbul. Hamzalı, Pirinççi and Karmandere dams will also provide water for İstanbul. We cover the surface of the channel with a special material to prevent water permeability. The claims regarding groundwater and Terkos are unrealistic. We make a protective area between the Black Sea and Terkos with the filling area to be built in the Black Sea. We ensure this by adding much more to İstanbul's water need. 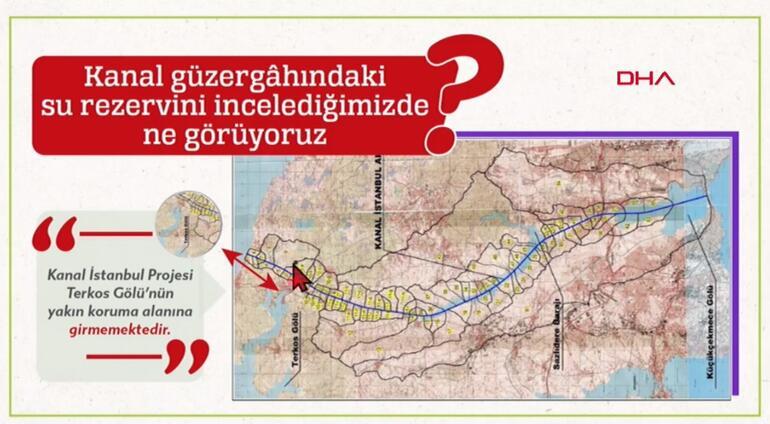 North Anatolian fault line 11 The Cinarcik fault line is 30 km away from İstanbul. The expected earthquake in İstanbul is 7 km or more, 20 km below the ground. Hopefully, I hope we will make a quick preparation against this earthquake. How a 20-meter-deep canal will be effecting a fault line in 20 km deep and triggers the earthquake. This claim is far from scientific.

We have set construction standards against all kinds of disaster scenarios. We made simulations based on earthquakes that took place 2500 years ago. It has been scientifically determined that Kanal İstanbul has no interest in triggering the earthquake. There is no living fault along the route of Kanal İstanbul.

There is no construction in Küçükçekmece coast. It will be continued to be protected as a natural area. The claim that the ancient city of Bathenoa and the caves of Yarımburgaz will be swallowed by the project is completely unfounded. These regions are outside the canal project. Another untrue claim is that an unnecessary cost of 35 billion liras will be incurred. According to the protocol, all stakeholder institutions will do their part. 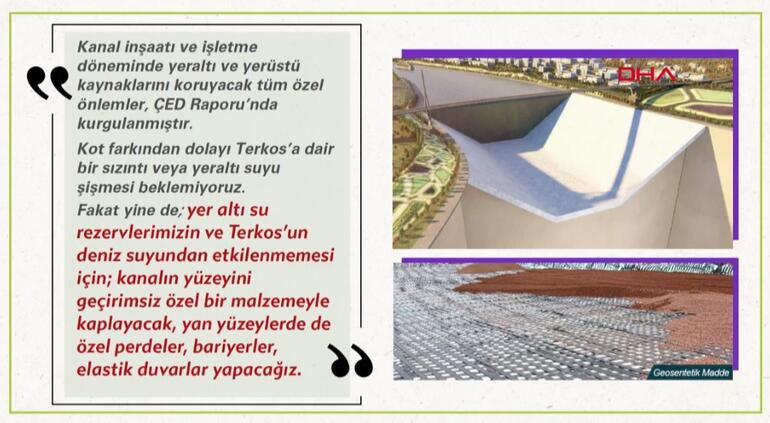 The fact that ships preferring Kanal İstanbul will have important advantage for them. The ships passing through the Bosporus have a waiting time of approximately 14 hours and 30 hours in tankers. The economic loss caused by waiting reaches millions of dollars. Hopefully, we will have a project in our country where the waiting process will be reduced with the Kanal İstanbul project. It is stated that 2 billion cubic meters of excavation will be released and the traffic will be adversely affected. 1.15 billion cubic meters of excavation will be released. The area where they will be stored will be loaded on both sides of the canal and castings will be made on the Black Sea coast. There will be no entry and exit to İstanbul. 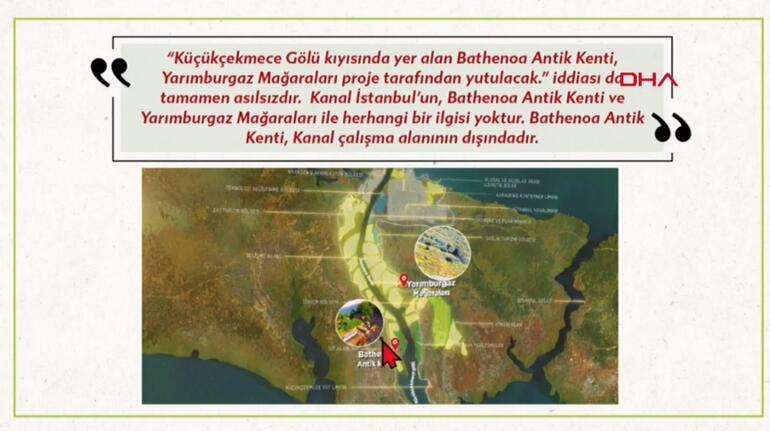